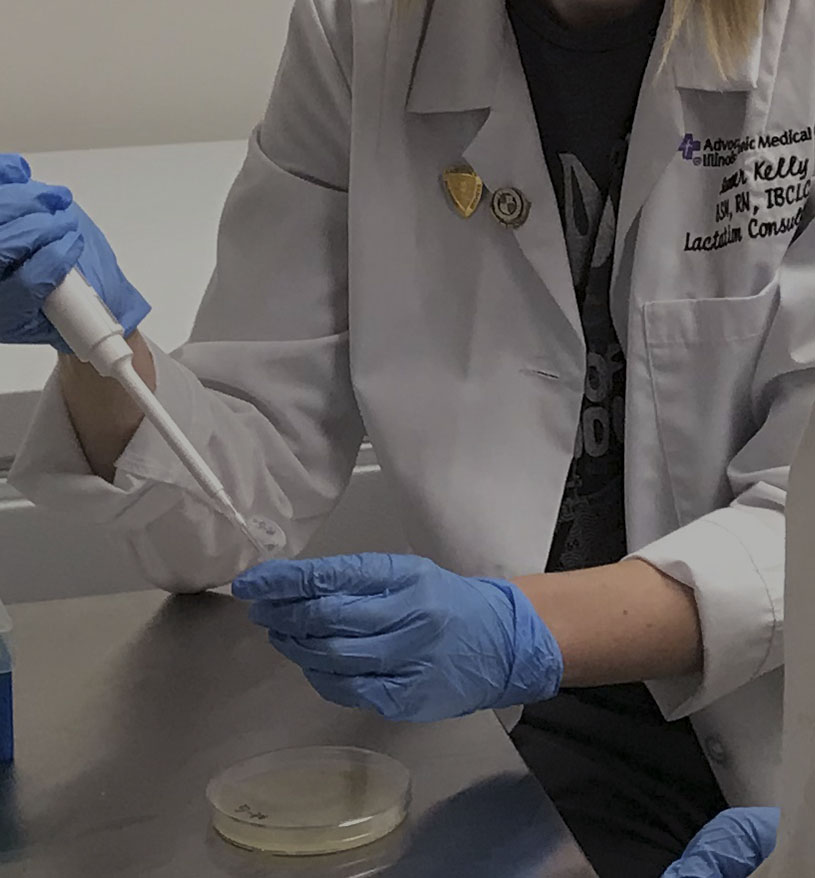 In 2005, a dedicated group formed the Mothers’ Milk Association of Wisconsin (MMAW) to provide pasteurized donor human milk for babies without access to their own mother’s milk.

Because no local milk bank existed, area mothers collected their excess milk, froze it in their home freezers, and brought it to the Wisconsin milk depots, where it was stored until it could be shipped to the Mothers’ Milk Bank of Ohio for processing and distribution.

Meanwhile, in 2010, Chicago-area mother, Marissa Grossenbach, delivered her second child, Lennon, prematurely. Despite her intention to breastfeed, after her son was taken to the hospital’s neonatal intensive care unit, the staff recommended he be fed formula. When Marissa learned later that formula increased Lennon’s risk of serious health problems, she asked local breastfeeding supporters why no area milk bank existed and why donor milk had not been available for her baby. She was told the reason was that no one had yet made an area milk bank a priority. Marissa, an information technology project manager by trade, decided to form the Illinois Milk Bank Project.

On January 9, 2011, the MMAW and the Illinois Milk Bank Project merged to become the developing Mothers’ Milk Bank of the Western Great Lakes (Milk Bank WGL). At this meeting, which was held in Milwaukee at Children’s Hospital of Wisconsin, representatives previously active in the Illinois and Wisconsin organizations volunteered to become part of the Leadership Team, with the goal of turning this mutual dream into a reality.

In September 2015, the processing facility was opened in Elk Grove Village, IL and work began to renovate and furnish the space to become the region’s first non-profit milk bank. On January 20th, 2016 the Human Milk Banking Association of North America officially certified the Mothers’ Milk Bank of the Western Great Lakes as another partner in the quest to provide donated milk to all babies who need it.

If you have any questions about Mothers’ Milk Bank of the Western Great Lakes and our operations, please complete the form or reach out to us directly at the number and email address below.